Roman David Hepburn is a born storyteller, passionate about literature of every genre. Hailing from a mixed European and North American background, he’s a fervent defender of universality in all its forms, and he has always considered himself to be first and foremost a citizen of the world.

From his teenage years, teachers and classmates alike recognized his writing skills and loved his stories.

“It had almost become a tradition”, he recalls, “during the last 20 minutes of the last class of the week, one of the teachers had decided to read the adventures of Bobby the Young Aviator in order to encourage other students to do the same. I remember being a little embarrassed at first hearing my texts being read out in front of the whole class. I also remember that the reactions were almost instantaneous: my classmates were looking at me to show me the parts they didn’t like with a thumbs down and grimacing faces, or the ones they liked with a thumbs up and big smiles… so this was totally unfiltered feedback and believe me they didn’t hold back. Without realizing, they became my first audience. Later I understood that it actually helped me a lot to understand how people perceive the different degrees of written emotions. I have also often discussed this point with the famous French writer Jean Anouilh, whom I met several times when I was young, and later on with actor and author Peter Ustinov, whom I visited several times”.

His constant curiosity and indefatigable thirst for knowledge bring a multiplicity of dimensions to his novels. Roman D. Hepburn’s writing deftly combines technology, social phenomena, psychological conflicts and suspense. He deliberately omits violence or the use of firearms as much as possible, and in doing so succeeds in creating an even stronger tension.

Raised speaking English and French in Swiss schools, it is in the latter that he has chosen to write: “I find it more precise”, he declares, “it is perhaps for this reason that it was chosen as the diplomatic language at one time. And I notice it with every translation: I always have difficulty expressing the exact meaning of certain key phrases with translators. Suddenly, I realized that translating is a difficult art, and I dare not imagine all the errors or weaknesses that can slip into translated works”.

Famous writer Paulo Coelho, President of the Jury, said about him: “A new talented author has been discovered“.

“A new talented author has been discovered”

The Circle of Silence / Part 1

The Circle of Silence / Part 2

The Genie of the Watch

I really like this photo. The tree represents the inspiration of nature, the pencil and the sheets of paper … everything a writer needs. The one I am next to here is a magnificent cedar from Lebanon, more than a quarter of a century old.

My first publisher thought I was a little too “mysterious” because I didn’t show enough personal photos. It is true that I am not a big fan of selfies and photos. I never really saw the point: I prefer my creations to be in the spotlight rather than me. But whatever, here are a few I picked out. 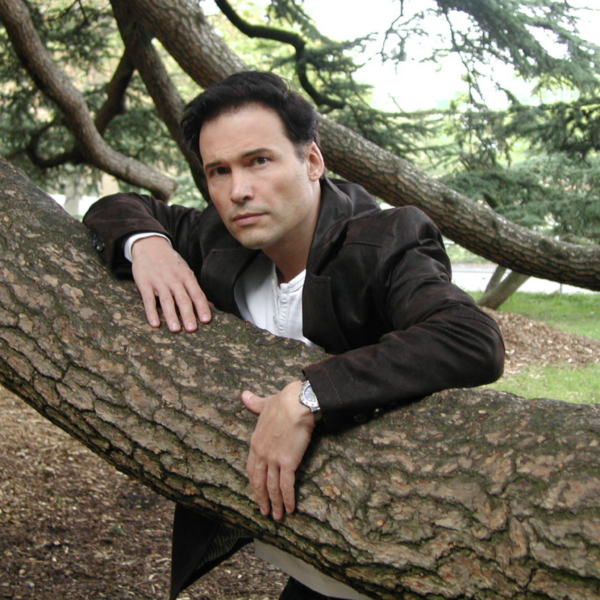 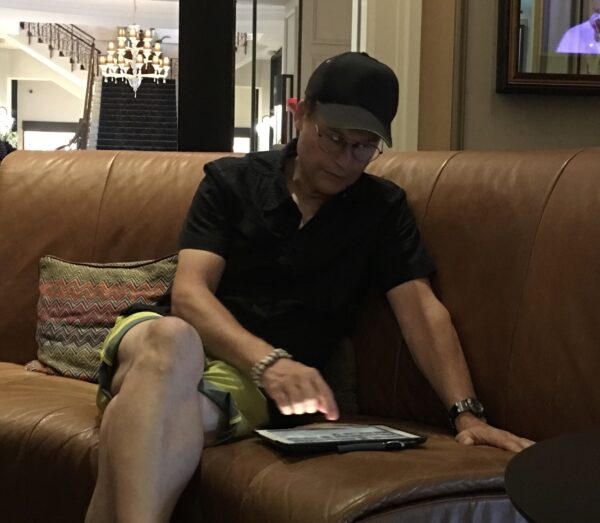 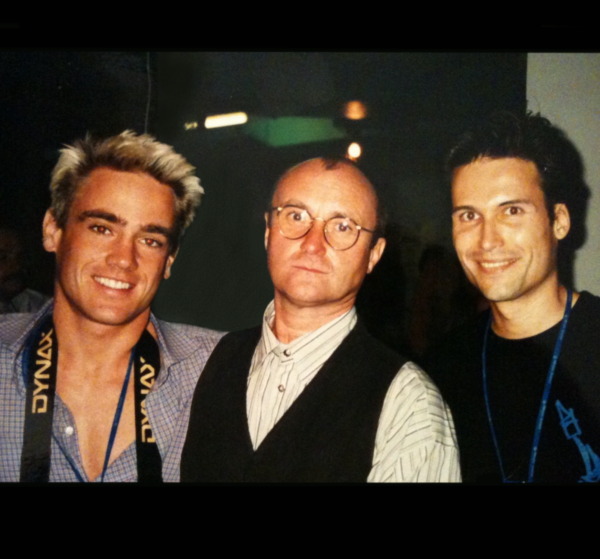 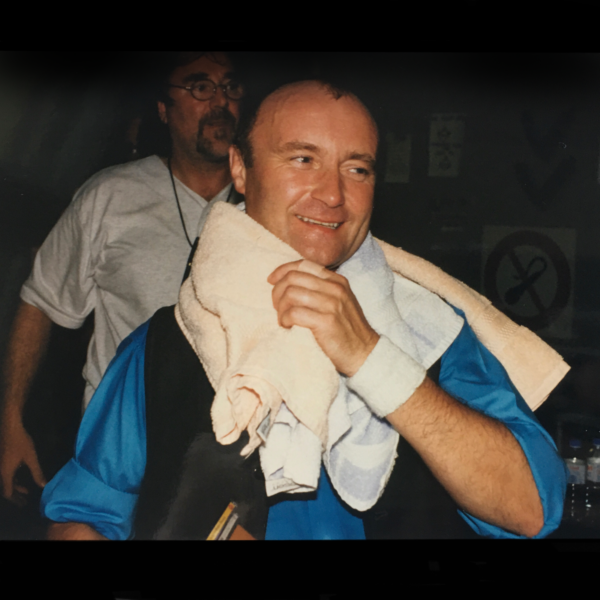 My word, time really flies way too fast… With a bit of luck, The Genesis Protocol will become reality, and according to my research, this seems to be very close 😉

Music has always been part of my life. I learned to play a few instruments at a young age, but stopped everything at the start of my university studies, due to lack of time. On the other hand, I always have a lot of fun being backstage with the big music family, and I’m posting some pictures here.

There were also a lot of funny moments outside concert venues. I remember, for example, that George Duke once asked me to take him to a place he wanted to discover. At that time I had a sports car with a manual gearbox. But since dear George was overflowing… how to say it… a little-a lot from the passenger seat, I couldn’t change gears and stayed in 2nd gear the whole way! I wouldn’t say it was terrible stress or a cold sweat moment, but I still prayed that we would arrive quickly. Fortunately, the place was not very far and, since he was talking all the time, he didn’t notice a thing!

I know from where he is today, he wouldn’t mind telling you this anecdote because he had a lot of humor and self-deprecation; he said himself that he had eaten … a few burgers too many 😉

We miss his charisma, his laughter and his powerful voice. We cannot tell you to rest in peace, George … it wouldn’t be to know you well, you who have been the mentor of so many artists. So continue to inspire them with your great talent … you will rest later 😉 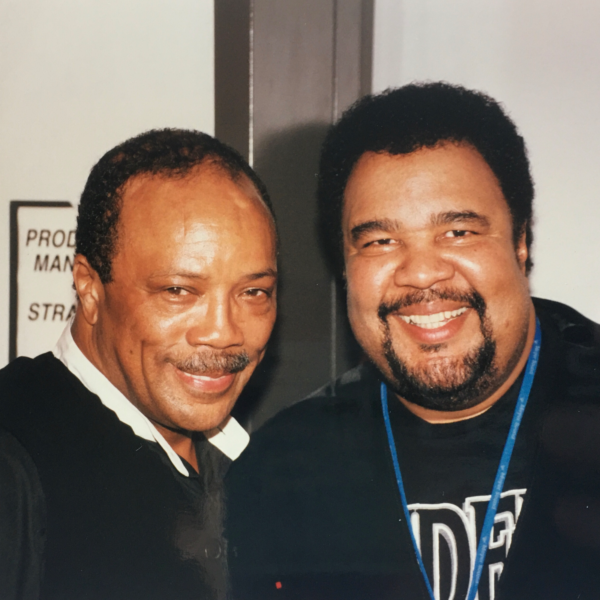 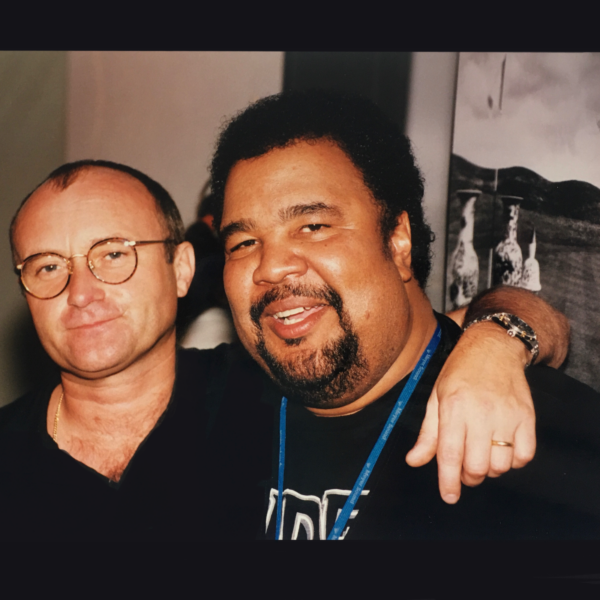 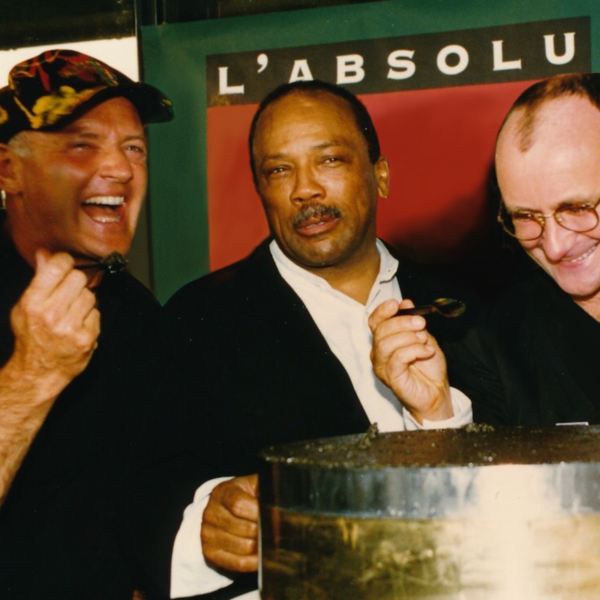 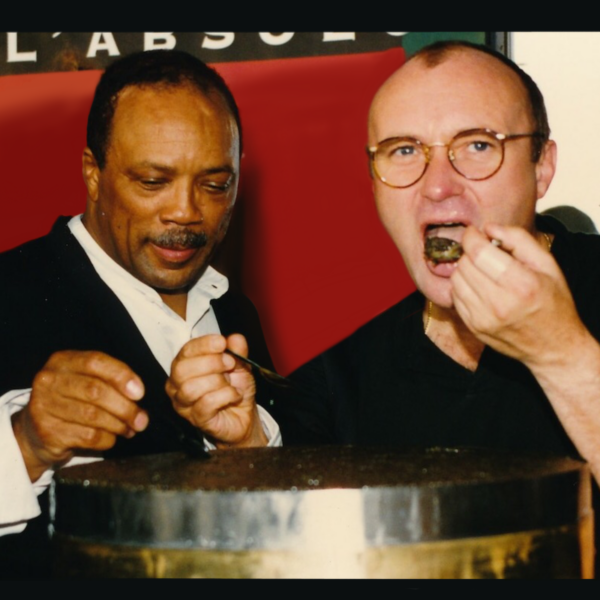 Oh God, look at these gluttons … incorrigible, I tell you!

I also have great memories of Quincy Jones that I have known for 25 years now. He started his career in Paris where he stayed for several years, but did not dare to speak French even though he understood it very well. I took this photo out years later and finally managed to get him to write a dedication in Molière’s language last year… The spelling is not yet perfect, but he promises to improve real soon 😉

When I see all these photos again, it “makes my soul smile”, as he often says. 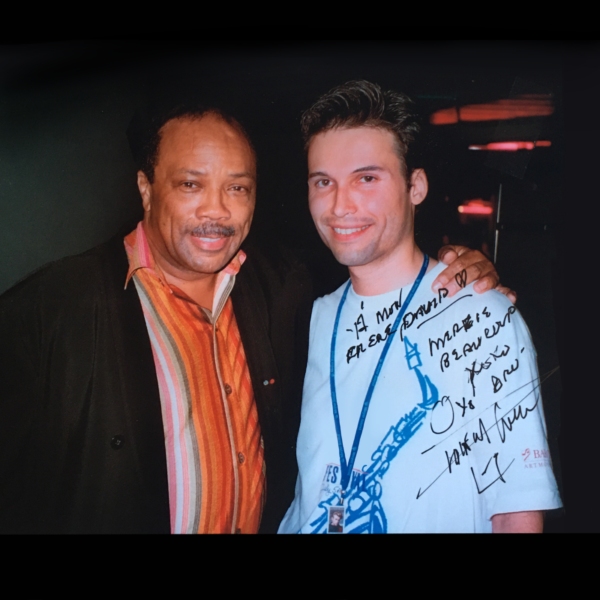 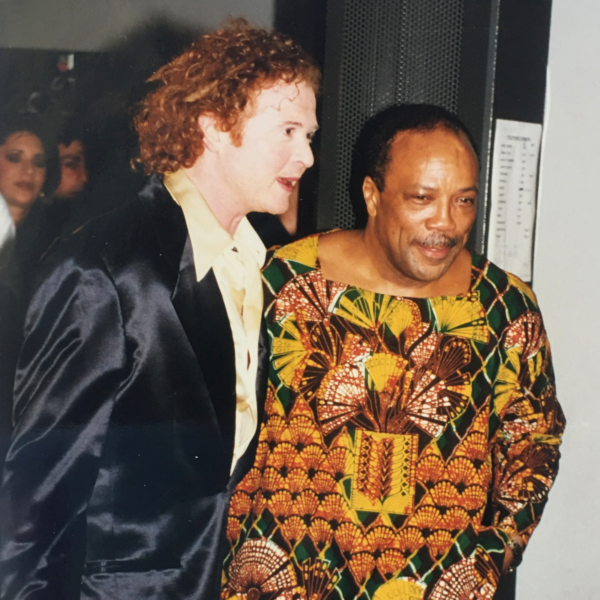 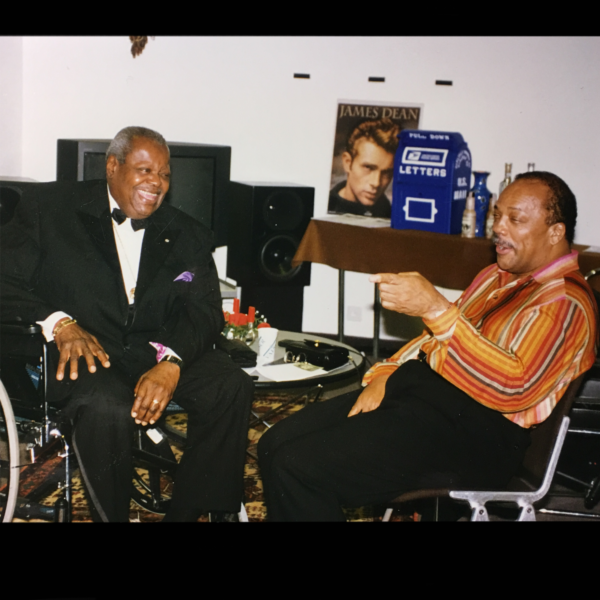 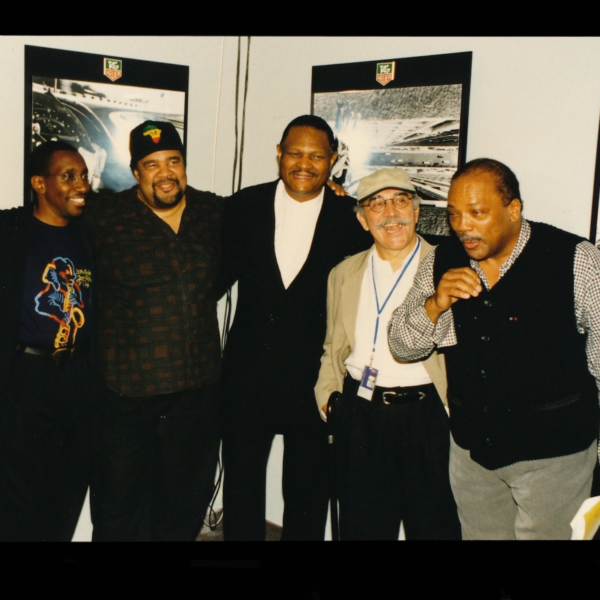 The Maharajah and the King

Oscar Peterson speaking with Quincy Jones. One of my favorite photos.

I like real Street Art because one can see “raw” creations, not formatted by schools or rules. I’m saying “real” because the creative impulse and the total freedom of the artist must be perceptible: it is not enough to spray graffiti against a wall to claim to be an artist. 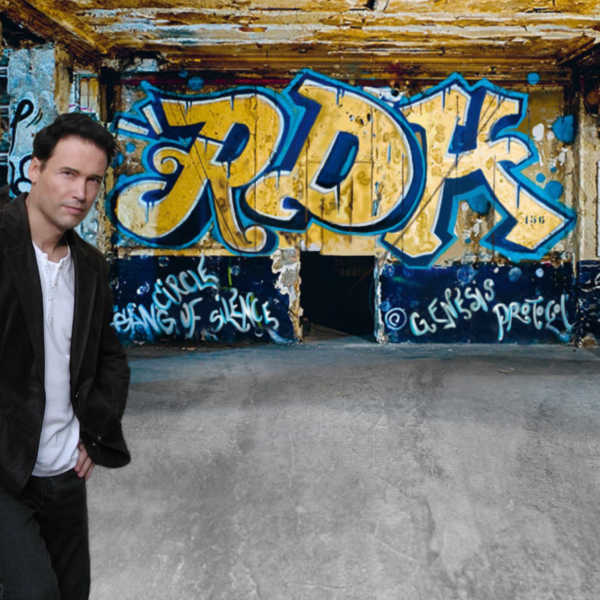 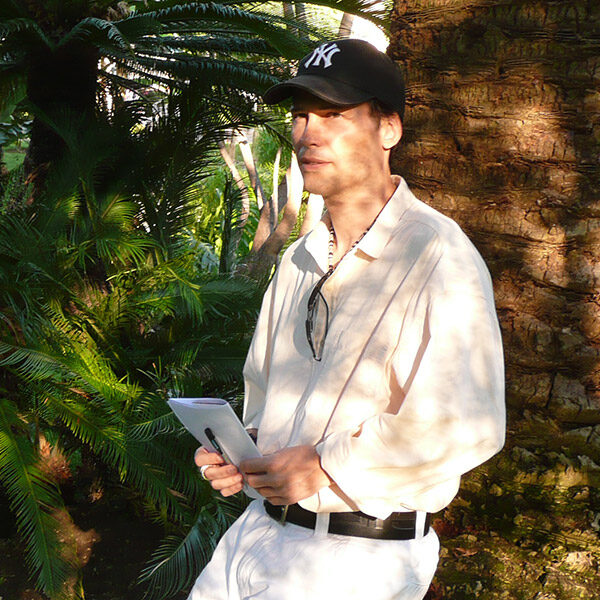 Back home. As I travel a lot, I really appreciate being able to rest in my garden, and let my imagination run wild, near my favorite tree. Nature is very important for my inspiration.

The lamppost and I… 😉

“Computer says” – insistently – to add a caption to this photo… but there you go, I don’t know what to write… It’s telling you to what extend this lamppost doesn’t enlight me much… Moreover, none of the people who help me develop this website want to help me…🤣 If they keep acting like this, I’ll be leaving for France to go on strike and you’ll never get the sequel to The Genesis Protocol ! 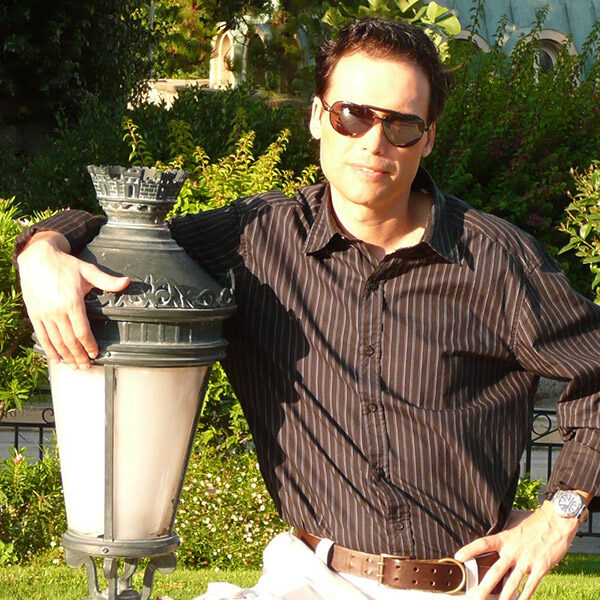 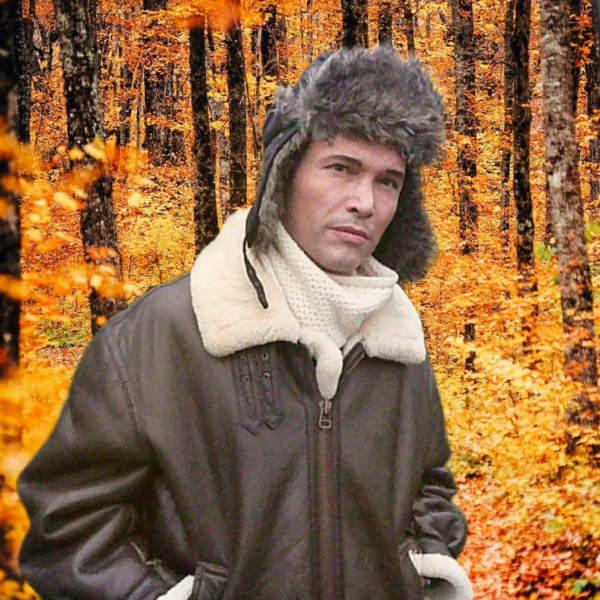 Here I am with my chapka in Canada. It is an incredibly large country, with magnificent landscapes, even if the climate is quite harsh. If you go there one day in the Fall, don’t hesitate to take a tour of the Laurentians: the “bright yellow” expanse as far as the eye can see is truly spectacular. It looks like a fragment of the sun has fallen in the middle of the forests.

With famous actor Vittorio Gassman on a film set. 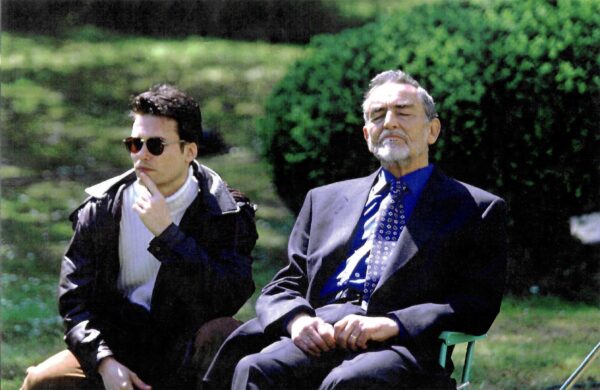 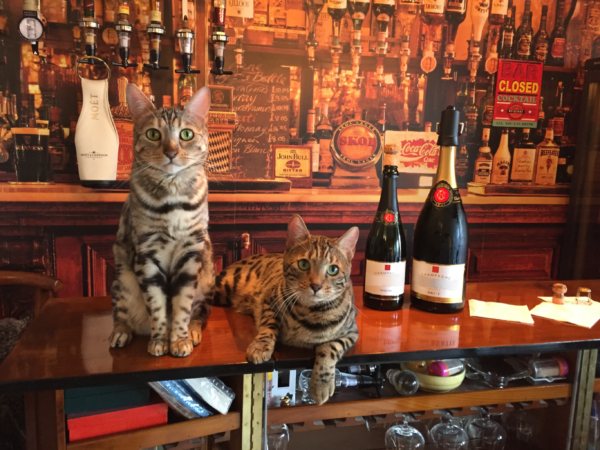 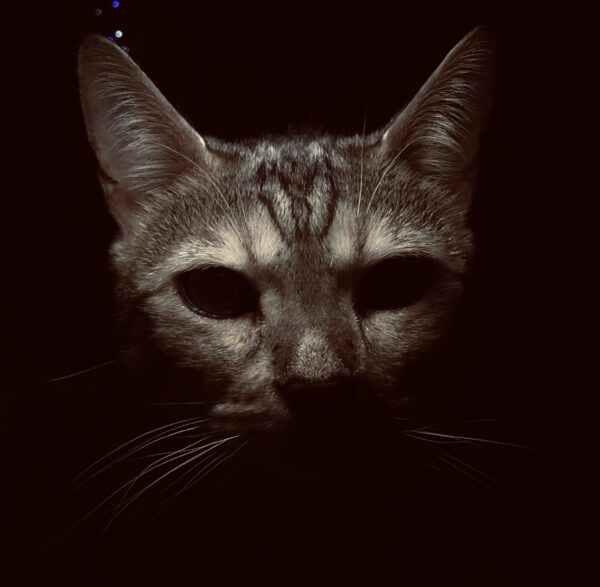 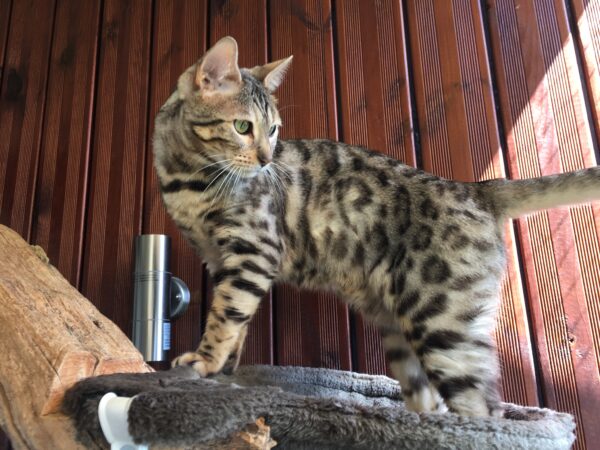 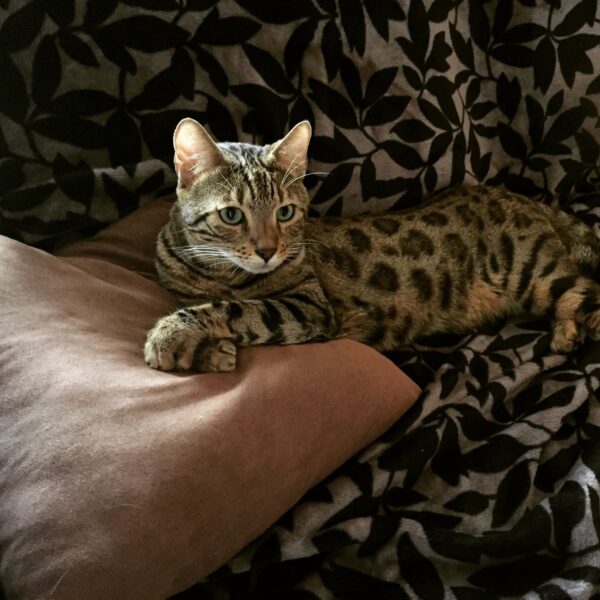 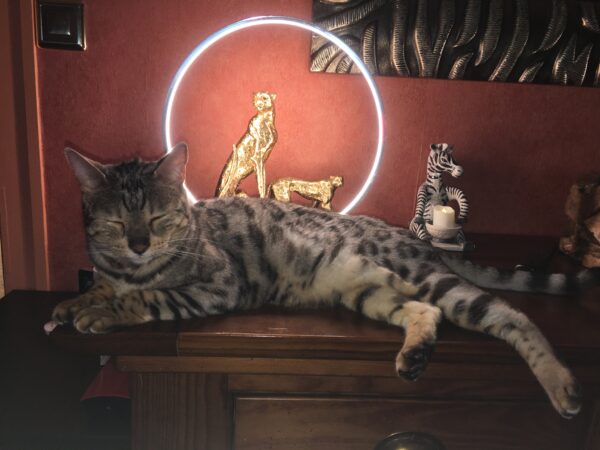 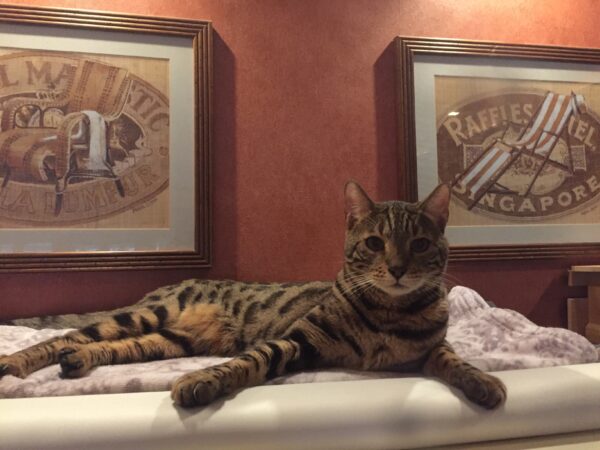 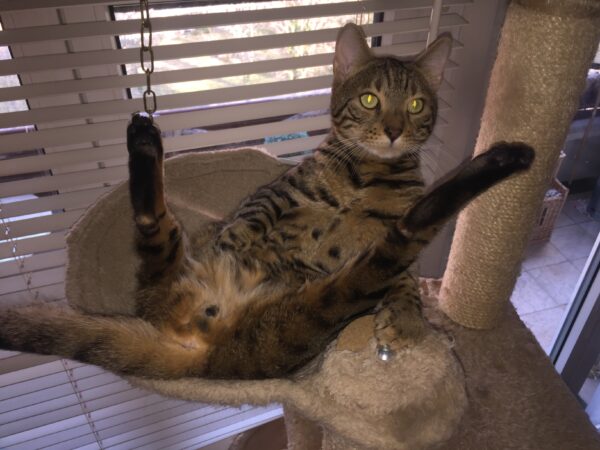 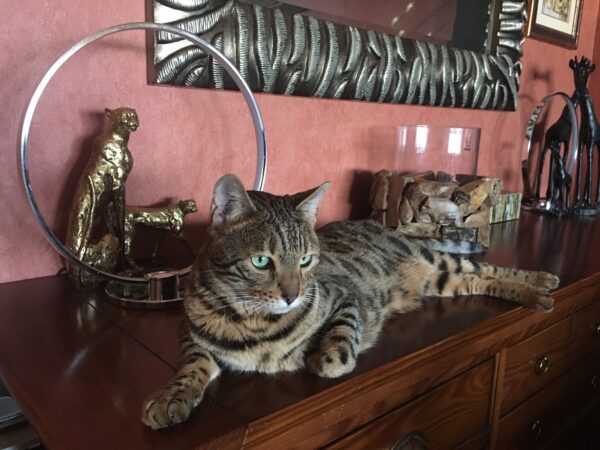 Introducing my little monsters, waiting for the bartender. But obviously, they cannot read… Inspirators – rarely, Terminators – sometimes, and Destructors – often…